RULE-OF-LAW CONDITIONALITY IN THE NEXT EU MULTIANNUAL FINANCIAL FRAMEWORK: ANOTHER FUTURE FAILURE OF THE EUROPEAN UNION? 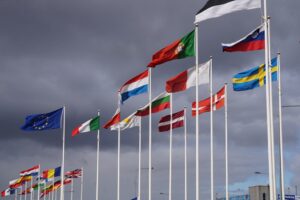 This adoption has not been a straightforward process, because Poland and Hungary were since this last summer threatening to derail negotiation. These two Member States were indeed strictly opposed to the new mechanism conditioning the disbursement of EU funds to the respect for the rule-of-law. Although a consensus was found during the European Summit, rendering this procedure of conditionality less constraining for the two reluctant States, they still seem to be leery. In this context, the Polish Minister of Justice, Zbigniew Ziobro, recently announced his willingness to check the constitutionality of such a clause.

Within a torn European Union, despite the fact that this consensus can seem to be a victory, the new “conditionality system” still let doubt regarding its efficiency.

Firstly, the European Union is facing since a few years a weakening of its founding values, mainly in Poland and Hungary. These values, supposedly shared by all the Member States, are stated in Article 2 of the Treaty of European Union (TEU) which designates, among others, democracy, human rights, and the rule-of-law. If the rule-of-law can to a certain extent, seems to be a vague and difficult to define principle, it can be admitted that this is a principle to apply in the bests interest of European citizens. Indeed, it obliges governments to be bound by law, not to take arbitrary decisions, and to enable citizens to contest governmental actions in front of an independent and impartial court.

A constant disrespect for these principles has been rashly observed in Poland and Hungary. From a legal standpoint, these Member States have been sentenced many times by the European Court of Justice (especially Poland), frequently on European Commission’s initiative (throughout infringement procedure). Also, Article 7 of the TEU, a much-awaited political instrument, has been engaged against them in 2017 (Poland) and 2018 (Hungary), but has not demonstrated any greater efficiency. So far, European actions, whether they were judicial or political, did not allow to stop the expansion of the disrespect for the rule-of-law.

In July 2020, the Multiannual Financial Framework (redesigned due to the COVID-19 crisis with the instrument “Next Generation EU”) was subjected to a historical agreement between Member States in the European Council. But, once the European Parliament began in October to well shape the conditionality mechanism, Poland and Hungary decided to show their objection, making appear a kind of loophole in the European system.

Therefore, Poland and Hungary were opposed to the conditionality mechanism, but did not have any direct control on it because the shape of this mechanism could only be designed by the Parliament and European ministers. In contrast, the planning of the Multiannual Financial Framework had to be voted unanimously by Member States. In this way, these two Member States decided to impose their veto on the Multiannual Financial Framework. Fortunately, last December 10th, Member States reached a compromise during the European Summit and overcame the difficulty created by Poland and Hungary.

Indeed, Member States leaders agreed on obliging the Parliament to add in the conditionality mechanism, the possibility for the Court of Justice to check the validity of this instrument before it enters into force within a European regulation.

This compromise brings in its wake two main consequences. The first one is the risk of power imbalance inside the European Union. The Commission usually proposes and executes European regulations, the Council of the European Union and the Parliament adopt them (Articles 289 and 294 TFEU). In this case, the European Council, which is supposed to only have a political influence, changed the usual legislative procedure. The European Court of Justice will indeed enter in the era of decision-making and the Commission will not be able to draft any orientation.

Furthermore, for the obvious reason that a proceeding before the Court is not a fast process, another consequence of this decision is the loss of time. Vera Jourova, the European Commission’s vice-president for values and transparency, stated that the judicial proceeding should last less than 12 months.

These observations reveal the difficulties the Union has in limiting the deviant behavior of its Member States. If this mechanism of conditionality seemed to be a great idea, Poland and Hungary showed once again the flaws and the difficulties European Union has to face. Either way, the change concerning the mechanism of conditionality is perhaps only a setback, that will be soon forgotten, if the Union finally succeeds at making its States respectful of shared values, in particular the rule-of-law.