COVID-19 IN RUSSIA: PRESIDENT PUTIN ADDRESSES TO THE NATION 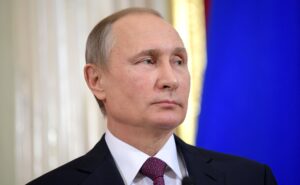 I am reaching out to you on an issue that has become a matter of concern for all of us.

We are witnessing an acute escalation of the coronavirus epidemic on a global scale. The number of new cases continues to grow in many countries. The global economy as a whole is at risk, and is already expected to shrink.

By taking precautionary measures, we have been largely able to prevent the infection from rapidly spreading and limit the incidence rate. However, we have to understand that Russia cannot insulate itself from this threat, simply considering its geography. There are countries along our borders that have already been seriously affected by the epidemic, which means that in all objectivity it is impossible to stop it from spilling over into Russia.

That said, being professional, well organised and proactive is what we can do and are already doing. The lives and health of our citizens is our top priority.

We have mobilised all the capabilities and resources for deploying a system of timely prevention and treatment. I would like to specially address doctors, paramedics, nurses, staff at hospitals, outpatient clinics, rural paramedic centres, ambulance services, and researchers: you are at the forefront of dealing with this situation. My heartfelt gratitude to you for your dedicated efforts.

I would like to ask Russian citizens to listen very carefully to the advice coming from doctors and the authorities. This could make a very big difference at this point in time. This is especially true for the most vulnerable categories of citizens: the elderly and people who have chronic illnesses. Minimising the risks should be a priority for them and all people in general.

There is also the question of the national vote on the amendments to the Constitution, which has been tentatively scheduled for April 22. You know that this is a very serious matter to me. Of course, I will ask you to go to the polling stations to express your opinion on this issue of fundamental and crucial importance to the country and society.

However, as I said before, our absolute priority is the health, life and safety of the people. This is why I believe the vote should be postponed.

We will look at the situation in the regions and throughout the country, and we will rely on the professional opinion and recommendations of doctors and specialists when setting a new date for this vote.

Next, the immediate priority is to prevent the quick spread of this diseases.

Therefore, I declare next week to be an official non-work period while maintaining wages. In other words, the days off will last from Saturday March 28 to Sunday April 5.

Of course, all public infrastructure facilities, including medical facilities, pharmacies, stores, institutions responsible for banking and financial settlements, as well as transport, and ministries and agencies at all levels, will continue working.

As I said, the extended days off are being declared to reduce the speed of the virus spreading.

I am addressing all our citizens. Let us not rely on chance as we tend to do in Russia. Do not think, as we usually do, that this cannot happen to you. It can happen to anyone. And then we will very quickly see what is now happening in many western countries, in Europe and across the ocean, happen here in Russia. We must strictly comply with all the recommendations. We must protect ourselves, our families and friends, and we must adopt a more disciplined and responsible approach. Trust me: the best thing to do now is stay home.

I will now specifically focus on the current socioeconomic situation. Here, we also need to take additional steps, primarily to ensure the social protection of our people, their incomes and jobs, as well as support for small and medium-sized businesses, which employ millions of people.

In this regard, the following priority measures will be implemented.

First, all social protection benefits that our citizens are entitled to, should be renewed automatically over the next six months, with no additional certificates or visits to the authorities needed. For example, if a family is entitled to subsidised housing and utility payments, they will not need to regularly confirm their per capita income to continue receiving this state support.

Please note that all payments to war veterans and home-front workers timed to the 75th anniversary of the Great Victory, 75,000 and 50,000 rubles, respectively, should be made before the May holidays, earlier than usual, in April.

Second, it is essential to support families with children. In the next three months, starting in April, I propose paying all families that are eligible to maternity capital, an additional 5,000 rubles a month for each child up to three years of age.

This support is especially important for families with children who are not attending day-care nurseries or kindergartens, and for parents who are on sick leave or on maternity leave.

Regarding our new support package, I mean benefits for children aged 3 to 7, I now instruct the Government to expedite all organisational arrangements so that eligible families can start receiving these payments not in July, as planned, but a month earlier, in June. I also ask the governors to expedite the transfer of the necessary information from the regional civil registry offices to the tax service. Colleagues, it is fundamentally important to start making these payments. Pay attention to this.

Just like other countries’ economies, the Russian economy is experiencing substantial headwinds due to the effects of the epidemic. And, as I have already said, we need to support those who may lose their jobs.

Today, with the exception of some categories of individuals, maximum monthly unemployment benefit is 8,000 rubles. I suggest increasing it to the minimum wage amount or 12,130 rubles per month.

Fourth, loans taken out by individuals present another risk. Naturally, it is difficult if not downright impossible to completely repay debts when incomes are plunging.

I suggest declaring consumer loan and mortgage holidays. If a person faces a difficult situation, meaning their monthly income declined significantly, by over 30 percent, then they should have the right to temporarily stop debt servicing and reschedule it. It goes without saying that any penalties are out of the question.

I am asking the Bank of Russia to set up a similar loan rescheduling mechanism for self-employed people, too.

If people are unable to repay their debt for objective reasons, they should not be left without options and they should not fall hostage to creditors’ claims. We need a bankruptcy process that is fair and not burdensome. I am asking the Government and the parliament to expedite approval of the necessary regulatory changes.

Fifth. Small and medium-sized businesses and micro businesses, especially in the services sector, are now facing objective difficulties due to declining orders and revenue.

These businesses need help to stay open, which means retaining their employees. I would like to address all employers right now: once again, our most crucial task is to ensure stability in the labour market and to prevent a surge in unemployment.

Government assistance will be provided to businesses to deal with this problem.

I propose the following measures to support the enterprises and industries most affected by the current difficult situation.

I believe it is necessary to defer all taxes on small and medium-sized businesses, except for VAT, for the next six months. In addition, micro businesses should also be granted a deferral on their contributions to social insurance funds.

Bank loans held by struggling SMEs and micro businesses must also be deferred for the next six months.

Generally speaking, I am asking the Government and the Central Bank to propose and take additional action to ensure stable lending to the real economy, including through state guarantees and subsidies.

Next. Companies experiencing hardship must be protected from bankruptcy. In this connection, I am proposing a six-month moratorium on bankruptcy claims by creditors against companies and on the recovery of debts and penalties.

Once again, these measures will apply to companies operating in the sectors most affected by the current difficult situation. At the same time, I am instructing the Government to constantly monitor developments and, if necessary, expand and review the list of the industries requiring support.

Sixth. Right now, we must do everything we can to support the incomes of our citizens – especially those employed by small and medium-sized businesses.

In order for these businesses to get additional resources to support their employees, I am proposing to cut their insurance contributions in half, from 30 to 15 percent. This reduced rate will apply to any salary above minimum wage. For those making minimum wage or less for some reason, the rate will remain 30 percent.

I would like to stress that the reduced rate is being introduced not just for several months, not only as an anti-crisis measure, but for the long run. This way we are creating a long-term incentive for employers to increase wages.

Finally, there are two more measures I would like to suggest. Allow me to elaborate.

First, all interest and dividend income that flows from Russia and is transferred abroad into offshore jurisdictions must be taxed properly.

Today, two thirds of these funds, and basically we are talking here about incomes of specific individuals, are taxed at the rate of only 2 percent, thanks to so-called optimization strategies of all kinds. At the same time, people with modest salaries pay an income tax of 13 percent. This is unfair, to say the least.

For this reason, I suggest that those expatriating their income as dividends to foreign accounts should pay a 15 percent tax on these dividends. Of course, we will need to amend Russia’s double taxation treaties with some countries. I ask the Government to work this out. If our foreign partners do not accept our proposal, Russia will unilaterally withdraw from these treaties. We will begin with countries that attract substantial resources from Russia, which is a very sensitive issue for our country.

Second, many countries levy income tax on interest earned by individuals from their bank deposits and investments in securities, while Russia does not tax this income at all.

I propose that people with over 1 million rubles in bank deposits and debt securities pay a 13 percent tax on this income. I would like to reiterate that this is not about taxing the deposits themselves but only applying income tax to the interest individuals earn from these investments.

I would like to emphasise that only about one percent of deposit holders will be affected by this initiative. At the same time, Russian banks will still offer attractive deposits with some of the highest returns in the world.

The solutions I am proposing are far from simple. Still, I would like to ask you to treat them with understanding. Let me add that I propose using the budget revenue from these two measures to fund initiatives to support families with children and help people who are unemployed or on sick leave.

All the measures that are about to be adopted or will be taken in the future will work and will produce results only if we are in it together and recognise the complexity of the current situation. We need the state, society and the people to work together, and we all have to do everything each and every one of us can do.

We have to be mindful that we bear personal responsibility for our close ones, for those who live near us, and who need our help and support. By and large, it is this sense of solidarity that underpins the resilience of our society, as well as an unwavering commitment to mutual assistance and the effectiveness of the response we come up with to overcome the challenge we are facing.

Thank you for your attention.